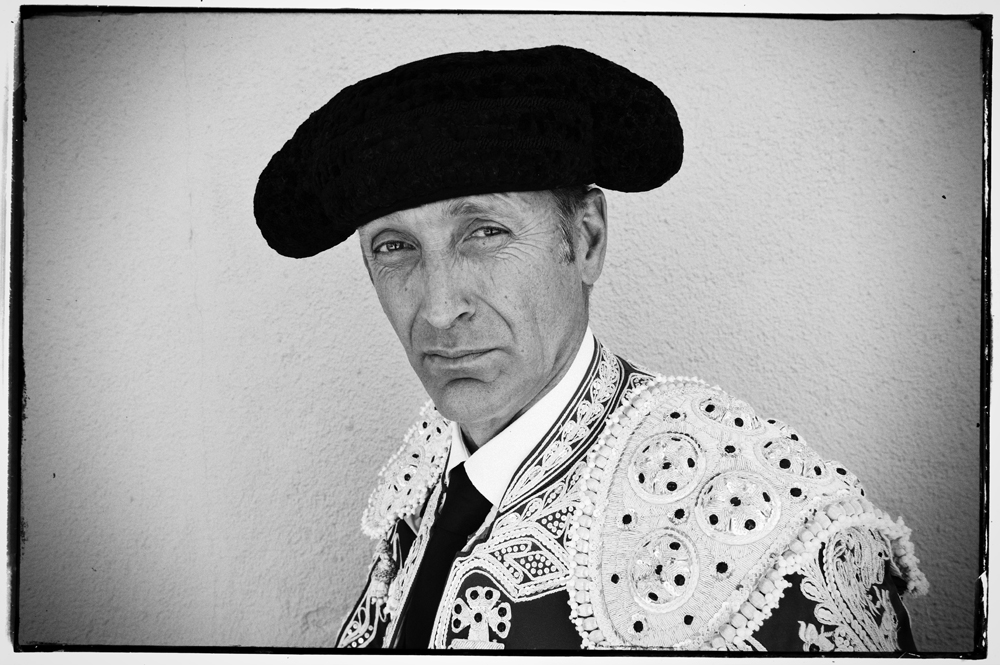 I have been living with my family in Madrid since January this year. Even though it has been for a short time and we are now moving to live in Chicago, I have been very impressed by the people, culture and lifestyle here. The Spaniards are extraordinarily warm and spontaneous and seem to work to live, rather than “live to work”. I had hoped to photograph a whole series of people from Madrid, ranging from chefs and actors, to cooks and musicians, but because our time here is being cut short, I didn’t manage to do that. However, I did photograph Vicente, a bull fighter. The tradition of bull fighting seems to me to be dying out here in Spain. It is not a tradition I advocate myself, but when I was given the chance to photograph him, I took it as it is part of the Spanish culture. I think the photos are quite powerful. The bull fighters face death every time they step into the ring and are acutely aware of it. They go through a slow dressing ritual each time before they start their fight. It is always the same and Vicente asked me to capture it on camera.